With six days to go before my 21st birthday, I decided to begin my search for finding my biological family. It was something I had wanted to do for many years. After having my daughters, Gabriella and Ava I decided that it was time to start learning about my past and my biological family as I was now a parent and raising my own children.

All that I had been told at this point was;

I found a group on Facebook founded by the wonderful Ileana Cunniffe Băiescu called ‘The never forgotten Romanian children – Copiii niciodată uitați ai României.’ and sent her a message introducing myself and asking if she would be able to help me.

Ileana got back to me and asked for a little more information about myself and if I knew anything that could be useful in my search. I gave her all of the information that I had, where I was born, my parents names and where I was staying at the time that I was adopted. She asked me to include a picture, of me when I was adopted and one of me then.

I sent Ileana the two pictures, one of me when I was adopted and one of me at the time of the search alongside a draft of a post that she could share in the community Facebook page where other adoptees and people that may have some information would be able to see and hopefully help in my search. 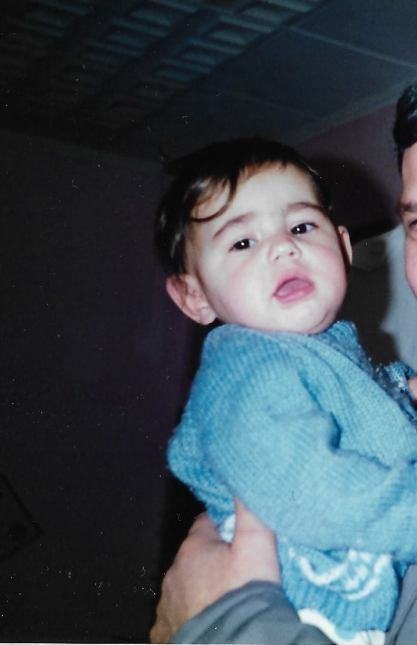 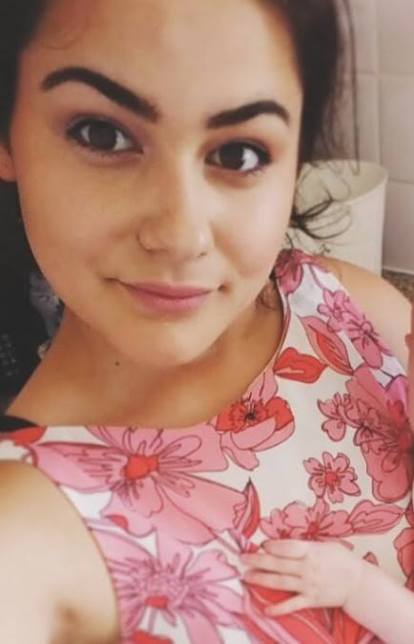 After speaking to her college in Romania, it was discovered that I wasn’t born in the place that I had believed to have been at all. That was blow number one, the place I thought I was born and came from wasn’t even correct. That’s when the reality of the search began to kick in, and I realised that I might be hearing things that I hadn’t prepared myself for.

I was told that in the records that they were able to find, I had been abandoned in the hospital at birth by my parents. There were no records in Sanmartin of my biological parents, and they were told to ring Covasna (another town) instead but the team had difficulty in the past trying to get information from there. At least we then had a better idea of where to look which left me feeling hopeful, yet confused.

Journalist and humanitarian worker Lukács Csaba shared a post on his Facebook asking if anyone had any information or may know someone that could give an insight into my search. To my amazement, the post was shared over 400 times and was filled with comments of encouragement and some people had information about my family. At this point, I had not known about the post so hadn’t been able to read any of the information yet.

Lukács got in touch to tell me about what he had learned from his Facebook post. I was so overwhelmed by the support from everyone who had shared the post and left comments. I was so pleased that people were behind me in my search.

I was told my father had left the village a long time ago and was known to a lot of people however no one knew much about my mother.

A half-sibling of mine my father’s side had contacted him with some information. I wasn’t even aware that I even I had half brother and sister, so I was really excited when Lukács told me.

I messaged them both on facebook and was very nervous in case they felt angry at me for bringing up the past. I know a lot of people think that adoption should be left closed, and don’t believe that people should search for their family. They were both so kind and loving; naturally, we both had a lot of questions for each other. I was surprised at how much I had in common with them both. My half-sister had a little girl who is adorable, and we seemed to have a lot in common. My half brother was into the same music, likes the same things I liked and seemed like someone that if I had known here, would have likely hung out with. Their English is quite limited and my Hungarian in non-existent so I have to use Google Translate to keep in contact with them.

As mentioned, out of respect for everyone involved, I’ll skip over the specific details, but its a complicated situation with a lot of history that is still quite raw for a lot of people.

Lukács confirmed that I was born in Covasna and said that I was given new papers a couple of months before I was adopted from Sanmartin to say that I was abandoned. This bit left me somewhat confused and still is an area that I want to look into as the dates and the timeline seem to have some gaps that I would like to fill in.

He also said that he had collected some more information on my father and found where he was from which was a great step, and one I was very excited about.

Lukács messaged to me say that he was able to track down my father and said he was pleased to hear that I was looking for him and was interested in getting in contact. However, he didn’t speak English or have internet, although I was given a phone number for him.

Lucasz told me that 3 out of 4 of us were adopted, however, sadly our brother died in a tragic incident. This was incredibly hard to take in. I had prepared myself for the likelihood that some of them would no longer be alive however actually hearing it was difficult. It’s a strange feeling, being sad about the loss of someone that you have never met.

He also was able to track down my sister which was exciting, and she was living in the UK which came as a massive shock to me as I just expected everyone to still live in Romania. I was given her Facebook page and began to talk to her. To say it was nerve-racking is an understatement. I was worried she would feel angry, or upset that I was trying to find her, but once we got talking, we began to realise that we were quite similar. She was able to provide me with some more information that I had been looking for, but I didn’t want to ask too many questions. We now have a great relationship and get on well and hope to meet up someday.

That was it. 16 days. That’s how long it took from my initial message to Ileana to finding my sister, half-siblings and learning about my father, and the death of our brother. In all honesty, it has taken until recently to process things to the point where I have been able to talk openly about the search. My search would not have been possible without both Ileana and Lukács. I would like to thank them both again for all that they have done for me. They helped me out of the kindness of their hearts. It’s not often that you find individuals that go above and beyond to help someone else and ask for nothing in return. Finding my biological family was something that I had thought about for years, and they both played a massive part in my search and I will forever be grateful for all that they have done for me. I would also like to thank everyone that commented on the posts and Facebook and to those that took the time to share the posts. Ileana, alongside the volunteers that work with her at ‘The never forgotten Romanian children – Copiii niciodată uitați ai României’ have reunited over 500 families to date. The work that they do is invaluable to someone like me. I understand that a lot of adoptees have no desire to find out more about their past, but for me and those who feel strongly about finding their families, their work is able to give us the ability to begin to delve further into our past and get some of the closure, and information we have been looking for. Ileana is truly one of the most inspiring people I have ever had the pleasure of knowing. She has been working incredibly hard to organise a fantastic project in the village of Scutelnici, Romania, her birthplace. She has been fundraising to provide the local children with a playground and provide the children with their first ever school sports equipment. The playground will be opening at the end of August. If anyone would like to find out more, donate, or follow the progress of the playground I have left the link below.

Thank you again to everyone that has helped in my search. If you have any questions or comments, I would love to hear from you.

One thought on “The Search”